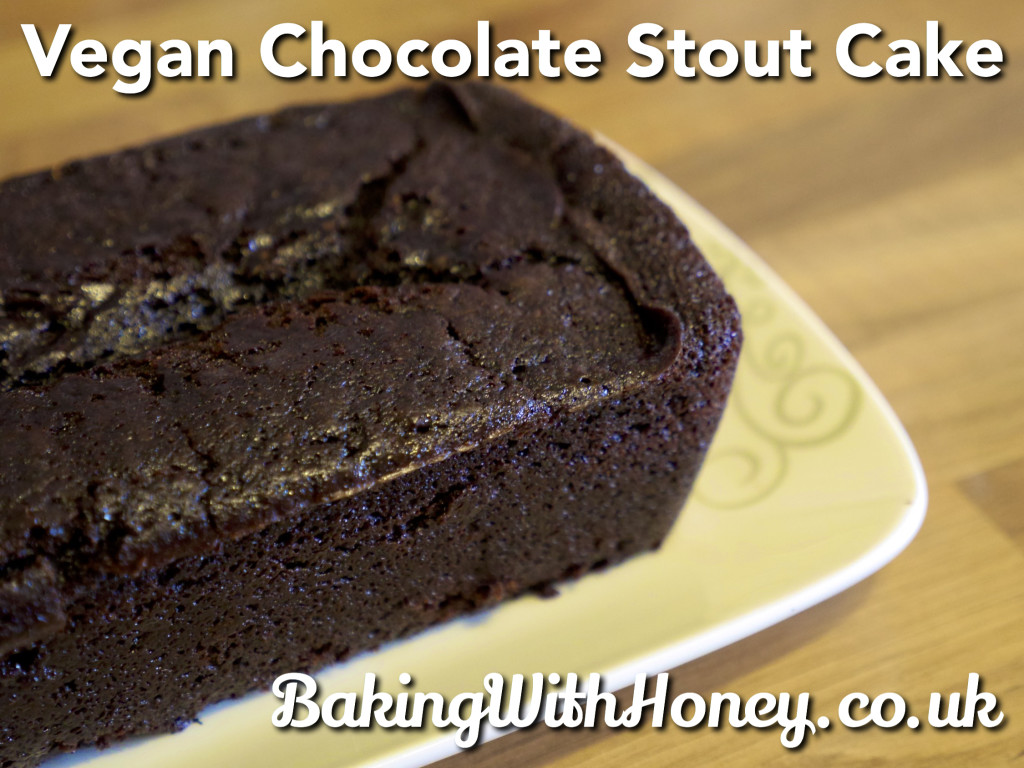 The thing about chocolate stout cake (universally known as ‘Chocolate Guinness Cake’ – more on that later) is that you can’t specifically pick out the stout. It just gives a kind of earthy, oomphy depth and tang to an otherwise ordinary chocolate cake. I don’t even like stout as a drink, but in a cake it’s a winner. This cake is special because it’s a vegan version. Don’t let that put you off! There’s nothing funny going on here, and more interesting is the fact that vegan baking is in many ways easier than regular baking. There’s no butter or eggs to bring to room temperature for a start; and quite often it’s a case of simply hand-mixing wet ingredients with dry and whacking it in the oven. When I was initially playing with the idea of a chocolate Guinness loaf cake, I was very surprised to discover that Guinness – and most stouts – aren’t even vegetarian, let alone vegan. This is because fish bladders are used in the filtering process (who knows why – your guess is as good as mine). This led me to research vegetarian (and consequently vegan) stouts. They are definitely out there – I found a beautiful Samuel Smith Chocolate Stout in my nearest branch of ‘As Nature Intended’; I would think most health food supermarkets are likely to stock a few brands. As my cake was now destined to contain vegan stout, I decided to make the whole thing vegan, and it’s delicious! Give it a go and don’t bother telling anyone it’s vegan – they will never know.

Most chocolate Guinness cakes are topped with a cream cheese frosting; just modify any recipe by using vegan cream cheese and butter substitutes if you like. But honestly? This cake is so moist and lovely – helped by the darkly delicious sticky stout glaze – it doesn’t really need it.

You will need a standard 2lb loaf tin.

*If you aren’t bothered about whether this cake is vegan or not,you can just use Guinness and cow’s milk. 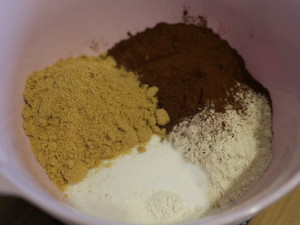 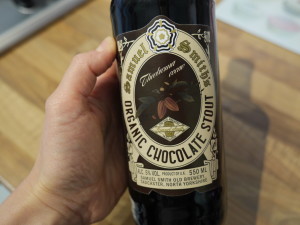 Preheat the oven to 180c/350f/gas mark 4. Get your loaf tin ready – I simply oiled mine with sunflower oil. This cake is fast to make and it’s important to get it in the oven as quickly as possible – so allow the oven to get hot before you start making it. In a large bowl, stir together all the dry ingredients (flour, sugars, cocoa powder, baking powder, bicarb and salt). In a separate jug, combine the milk, vanilla, vinegar and oil. Measure the stout in another jug. 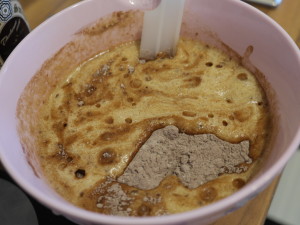 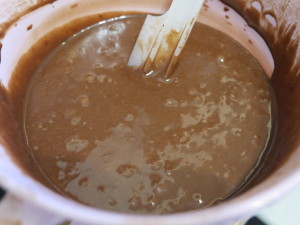 Pour the milk/vinegar/oil mix on to the dry ingredients and quickly stir just to bring it together a bit, then add the stout. It will puff up and look foamy as it reacts with the raising agents and vinegar. Use a spatula to mix it and scrape down the sides. Think of it as being similar to a muffin batter – so don’t overmix; you’re aiming for a chocolatey looking batter, but the odd little lump is fine. With vegan cakes, it’s really important to get it in the oven before the power of the raising agents wears off! So stop when it looks about right. 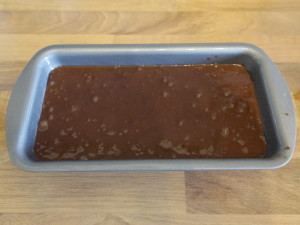 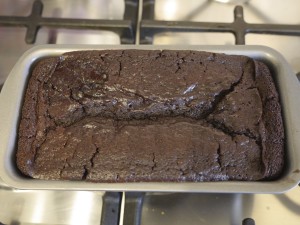 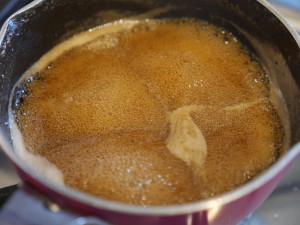 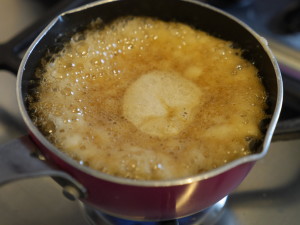 Simply place the sugar and stout into a deep pan and bring to the boil, stirring now and again as the sugar dissolves. As it comes to boil it will puff up and look foamy; reduce the heat until it simmers. It will reduce and thicken a little within about 8 minutes, but keep an eye on it. Set aside to cool until the cake comes out of the oven. 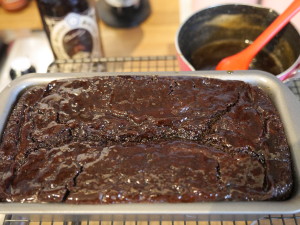 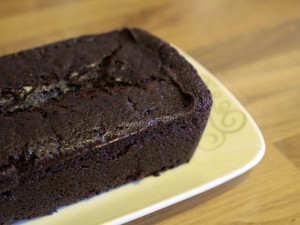 When the cake is cooked, use a cake tester or skewer to pierce holes all over – while it is still hot – then brush the stout glaze all over. It will sink in as the cake cools. Allow to cool completely in the tin before turning out – vegan cakes tend to be quite fragile! Store in a tin and eat within a few days.