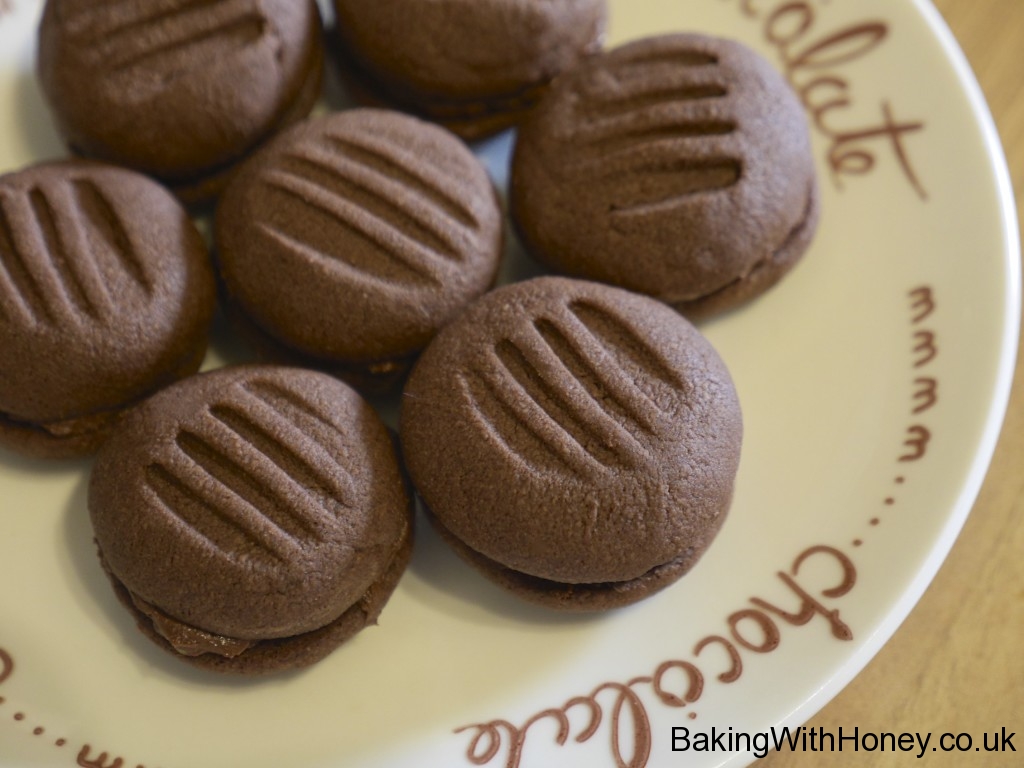 I’d forgotten all about these bite-size morsels until last year. During one of our many trips to the theatre to see (the outrageously good) Dirty Rotten Scoundrels, my friend James surreptitiously opened up a Tupperware box full of homemade YoYo biscuits, just as the lights went down. They were SO good – with the classic melting, crumbly softness and hints of custard powder – and we polished off the tub long before the second half. Some time later I felt the need to have a go at these myself, but opted for a chocolate version. The ‘mouthfeel’ of Melting Moments reminds me of Mr Kipling’s Viennese Whirls. If you’re a fan of those, you’re quite likely to enjoy these! Beware, they are rather addictive. A bit like Dirty Rotten Scoundrels.

Make It Vegan!: Simply use Stork (block, not tub) instead of butter or Earth Balance in the US. 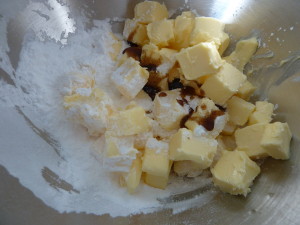 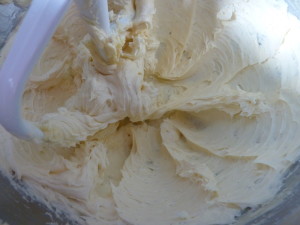 Beat together the butter, icing sugar and vanilla extract until pale and creamy. I use my trusty Kitchen Aid for this but a bowl and a wooden spoon will work with a bit of effort! 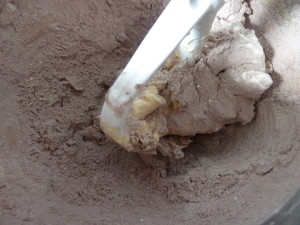 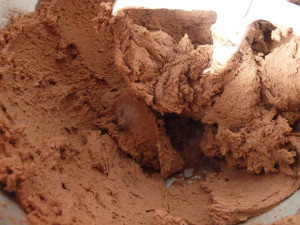 In a separate bowl, sift together the flour, cornflour and cocoa powder. Add it gradually to the butter mix, beating well between additions. 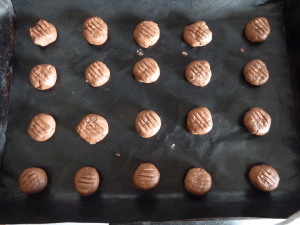 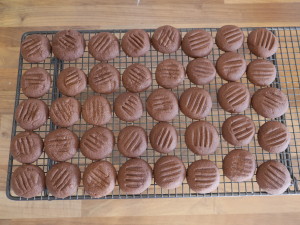 Now for the slightly fiddly part; you will need to roll out roughly 40 small balls. I find the easiest way by far is to roll 20 walnut-sized pieces, then halve each piece and roll into two small balls. I bake in two batches – you’ll see in the picture (above left) 20 balls per tray. You might be able to fit more, or less, depending on the size of your oven tray! Arrange the balls (allow a bit of space for spreading) on the prepared trays and use a fork to slightly flatten them, and leave the distinctive pattern.
Bake in the centre of the oven for 10-12 minutes. It is quite tricky to tell with chocolate biscuits whether or not they are done, but do not be tempted to over bake! They will firm up as they cool. Cool on a wire rack and get the second batch of biscuits in the oven. 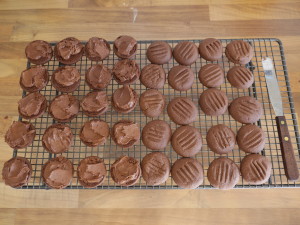 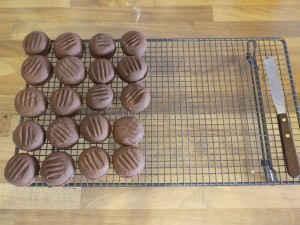 When the biscuits are completely cold, make the buttercream filling. Melt the chopped chocolate in a little bowl in the microwave (a few 20 second blasts should do it, stirring in between). Set aside for a few minutes. Any remaining small lumps of chocolate will melt as it cools.

Beat together the butter, icing sugar and vanilla extract until pale and fluffy. Switch the motor off and pour in the melted chocolate, then very slowly start mixing again. Once the chocolate has roughly mixed in, increase the speed and beat for a few minutes until you have an ultra-whipped chocolate buttercream.

Flip over half the biscuits and use a palette knife or similar to dollop on some buttercream, then top with the remaining biscuits. Store in an airtight container. Enjoy! 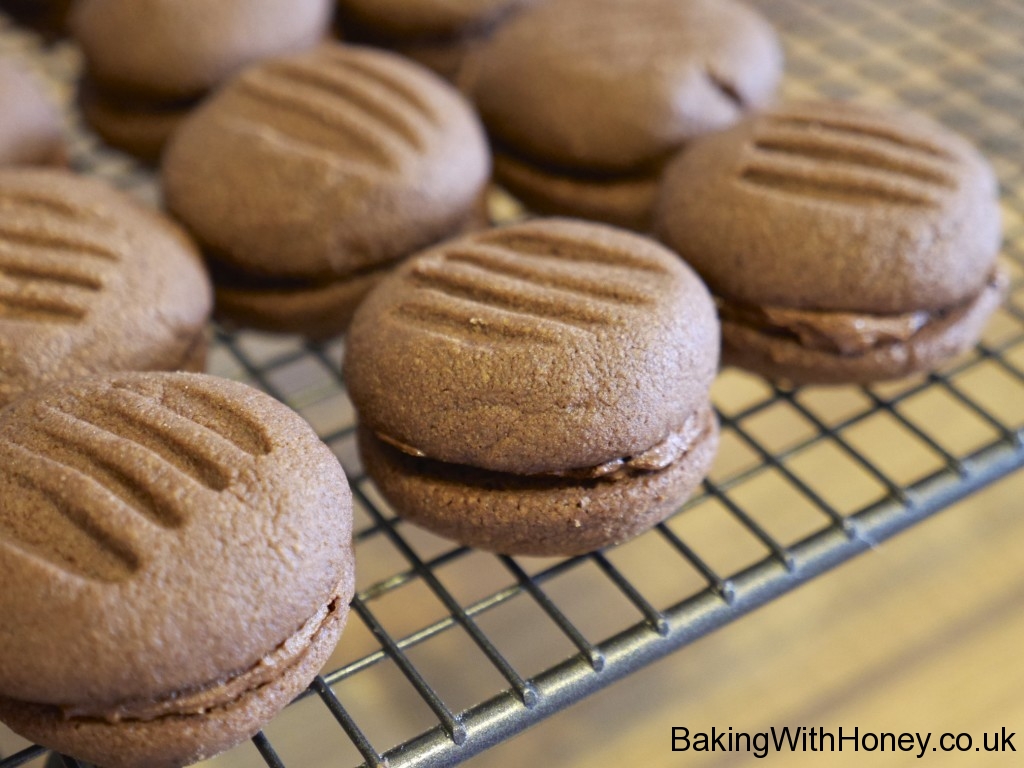