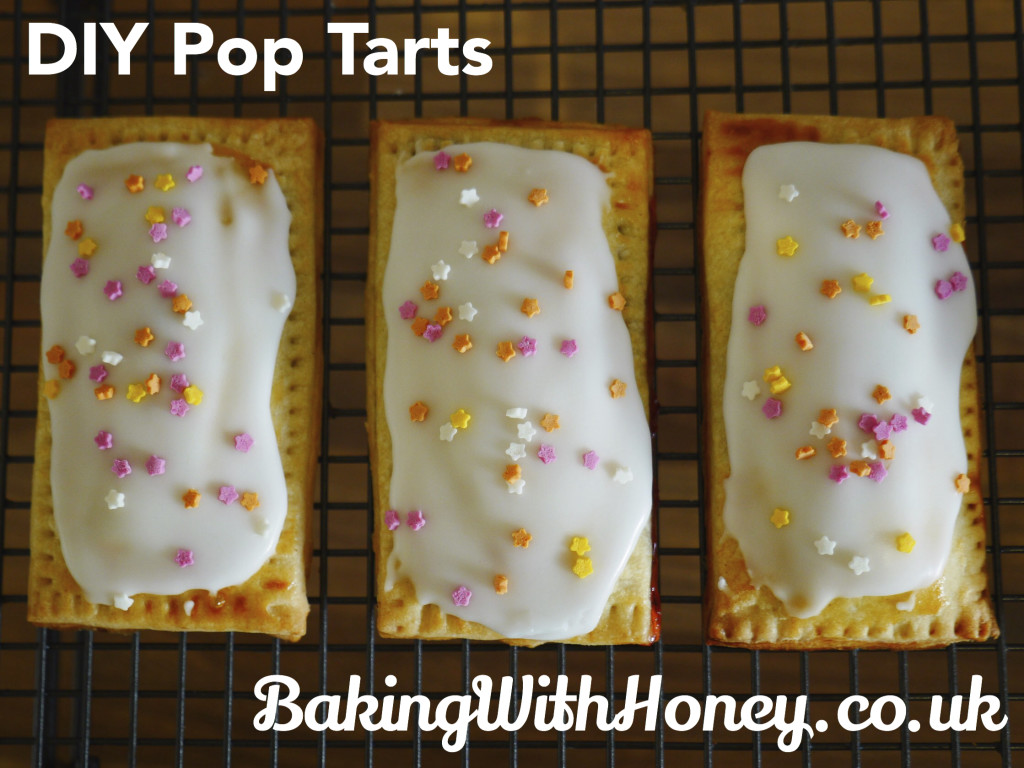 I was a child of the 80s, when hot buttered toast, drenched in golden syrup, was the norm for breakfast – along with a steaming hot mug of tea. Then out of nowhere, an American ‘breakfast’ hit us like a sugar-crusted bombshell; the Pop Tart had landed in the UK. I’m fairly sure we had some notion even then that we might as well be eating Mars bars for breakfast, but we considered them to be so outrageously fun and convenient – al fresco breakfast at the bus stop, anyone? – that it didn’t really matter. Heck, even blistered tongues from devouring the lava-hot filling was considered part of the charm. (Incidentally, I really wouldn’t recommend putting the homemade variety in your toaster, unless you have no plans to use it ever again.)
My favourite Pop Tarts were the strawberry and blueberry ones. You can use any jam you like for the filling – or mix it up a bit by using a peanut butter and jam combo or maybe Nutella!
The original Pop Tart is made of something resembling shortcrust pastry; a single batch of my shortcrust pastry (here) will make four or five Pop Tarts, and the filling/topping quantities below reflect that. (Just double if you want more!) You might be able to make more Pop Tarts from a ready-made shop-bought packet of pastry, so be prepared to increase the quantities below. My Mum occasionally makes these, and uses ready-made pastry. And why not?

Makes 4-5 Pop Tarts, depending how thinly you roll the pastry. Just double the quantities to make more!

For the pastries:
340g (approx) shortcrust pastry; either homemade (here) or shop-bought (most shop-bought is vegan!)
100g jam or spread of your choice – I used strawberry, but blueberry is really good
1 beaten egg to glaze (or just any non-dairy milk for vegan pop tarts) 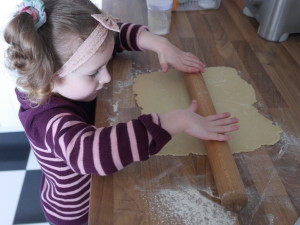 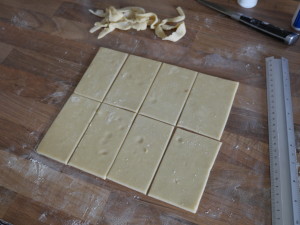 Make up a batch of shortcrust pastry following my guide here; or roll out some ready-made pastry. If using homemade, try to make it the day/night before for better results. If you’re making these more on a whim, make the pastry then rest it for an hour in the fridge.
Preheat the oven to 200c/400f/gas mark 6. Roll out a rectangle measuring about 8″ x 8″. Slice in half horizontally then four slices vertically, spaced 2″ apart. So you’ll get eight rectangles each measuring 2″x4″. I’m making this sound far more complicated than it actually is; just look at the picture for guidance! You’ll notice there will be scraps of pastry left over. If you have enough, re-roll to make roughly a 4″x4″ square – enough to make an extra tart. 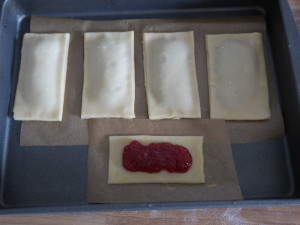 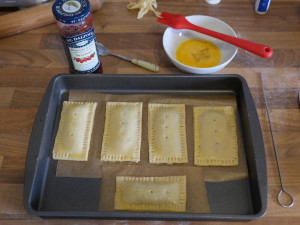 Line your baking tin or sheet with baking paper. Place five of the rectangles on the paper, allowing a little room between them. Now use a teaspoon to dollop two to three teaspoons into the middle of each rectangle. Don’t put too much, as it will just burst out of the tarts as they cook! Allow plenty of space around the edges and place the remaining five rectangles on top. Use a fork to press the edges together, then brush a little beaten egg over each tart. Pierce each one a couple of times to allow steam to escape, then place in the centre of a preheated oven. Bake for 13-15 minutes. They are done when they are golden brown. 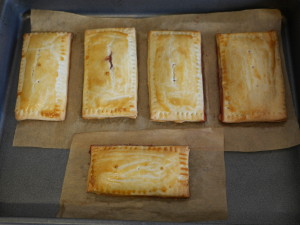 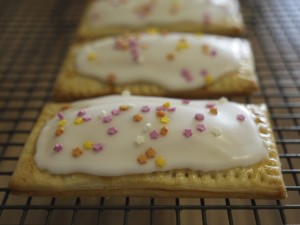 Allow to cool thoroughly on a wire rack. If any jam has leaked, wait until the tart is cold then use a sharp knife to slice it away. When the tarts are completely cold, you can add the topping. Simply mix together the icing sugar with the water (or milk) until smooth and glossy. It is better for the icing to be a little thick as it is less likely to drip entirely off the tarts! Use the back of a teaspoon or a little palette knife to smooth the icing down the centre of each tart, gently spreading outwards. If you’re using sprinkles, add them before the icing sets. 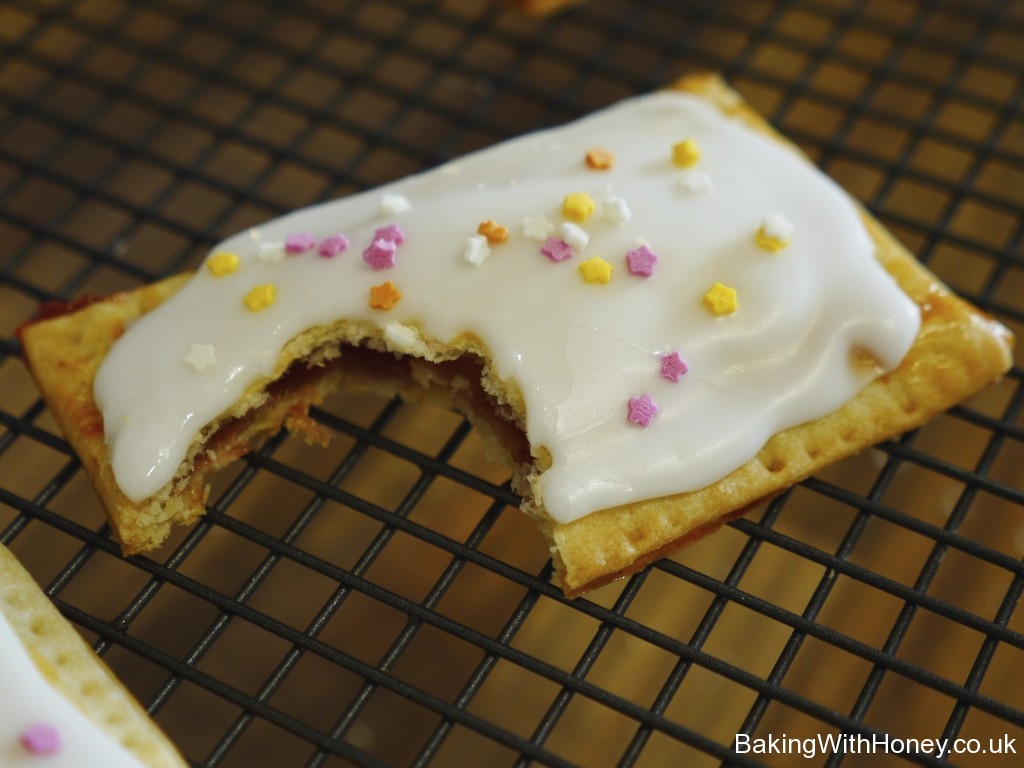