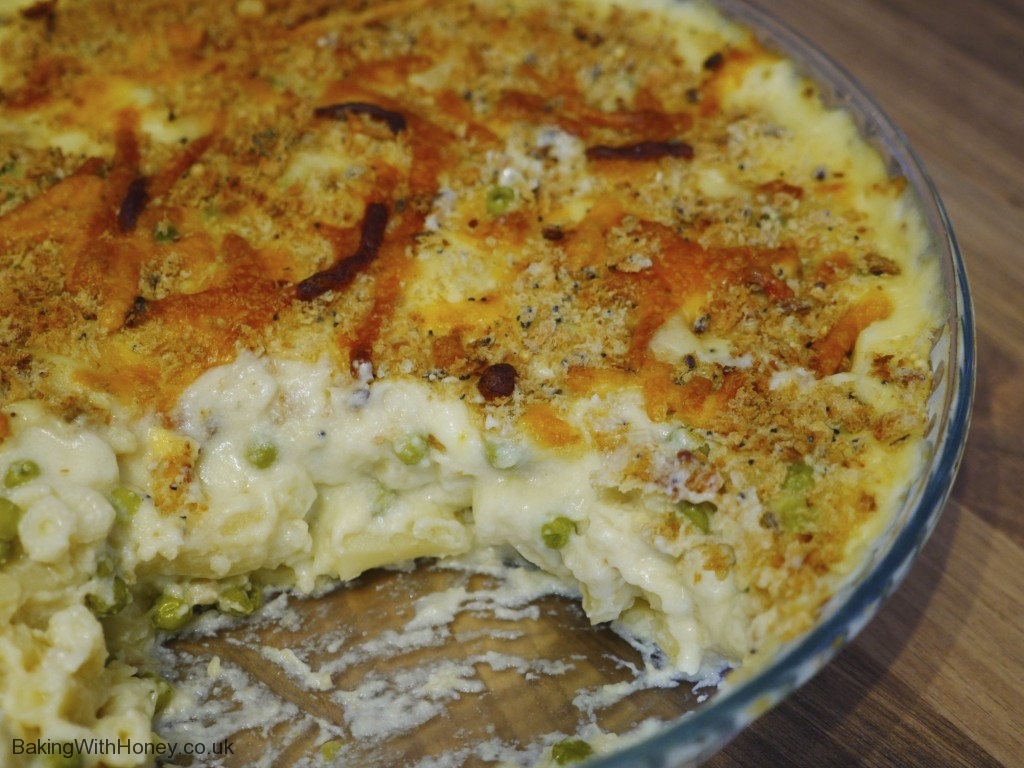 There are few things lovelier than a plate of creamy macaroni cheese for dinner. I made up this version when my daughter was just starting to join in with eating meals at the table, and it quickly became a favourite. Despite her willingness to eat most vegetables presented to her, I was keen to slip a couple more in. The cheese sauce contains a whole cauliflower, cooked separately until tender, then blitzed into the sauce. You’d be hard pressed to even notice it, but it is there, along with a good measure of peas. (I’ve yet to meet someone who didn’t like petit pois, so there’s no need to even attempt a disguise). You can leave out the cauliflower if you prefer, and even the peas. But personally I rather like them…

This isn’t hard to make but you need to be quite organised. It’s helpful to have three large saucepans for this – one to boil the cauliflower, one for the pasta and peas, and one to make the cheesy white sauce. Use the biggest pan to make the sauce as everything will eventually be mixed into that pan.

This will feed 4-6, adults, depending on portion size.
You will need a 2 litre (approx) pie dish. I use a 26cm round Pyrex dish.

250g macaroni pasta
150g petit pois (or any peas you like, obviously!)
1 medium cauliflower (the prepared florets should weigh about 450g)
50g unsalted butter
50g plain flour
700ml full fat milk
1-2 tsps Dijon mustard, to taste
Salt and pepper to taste
200g grated cheeses – I tend to use a four-cheese mixed bag from the supermarket, but a combination of cheeses such as cheddar, mozzarella, red Leicester, emmantel etc would work beautifully. Reserve 50g of it for sprinkling on top just before putting the dish in the oven.
1 slice of bread, blitzed into breadcrumbs (optional)

Preheat the oven to 220c/425f/gas and fill up two saucepans with water. One will be for the cauliflower, the other for the pasta and peas. Bring these two pans of water to the boil. Meanwhile, chop the cauliflower, rinse the florets and set aside. 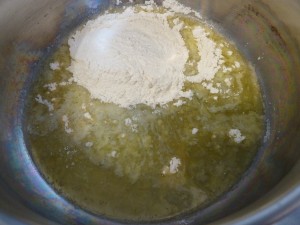 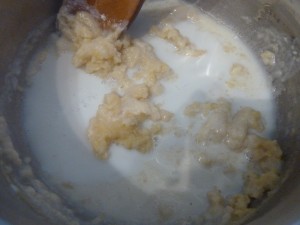 Begin making the white sauce. Gently melt the butter on a low heat then add the flour. Mix until the two are completely combined and ‘cook’ very gently for a couple of minutes, stirring all the time. I often use a kind of flat, silicone whisk type of thing for this. Add a slosh of milk, and keep mixing/whisking until smooth. As the mixture thickens, add more milk, then whisk until smooth again. Repeat until all the milk has been added. It’s quite a slow process and you do need to keep an eye on it, but you can get other things done between whisking. 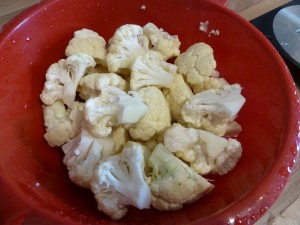 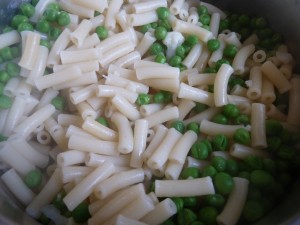 As soon as the water in the pans have come to the boil, add the cauliflower to one and the pasta to the other. Return both to the boil and set a timer for about 12 minutes – they take roughly the same time to cook. After five minutes of cooking the pasta, add the peas to the pan. Give it a stir and it will carry on cooking. Once the 12 minutes are up, everything should be done. 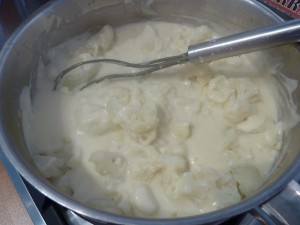 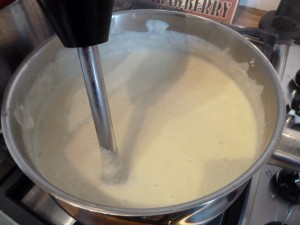 Drain the pasta and peas and set aside for a moment. Drain the cauliflower and add to the white sauce, which should now be nicely thickened. Remove from the heat and carefully blitz with a hand blender until smooth. 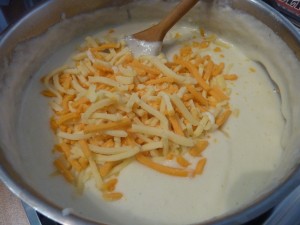 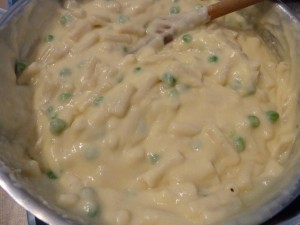 Add a little mustard, salt and pepper to taste, then stir in 150g of the cheese. Add the drained pasta and peas and stir everything together. 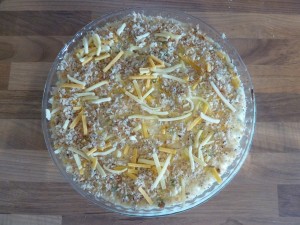 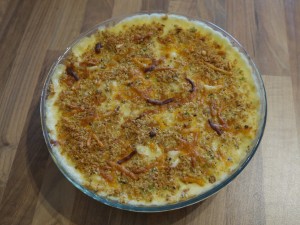 Spoon the macaroni cheese into a large serving dish and sprinkle with the remaining cheese and some breadcrumbs. Place in a preheated oven for 15-20 minutes until the top looks crispy and golden.

Serve with plenty of salad and crusty bread!