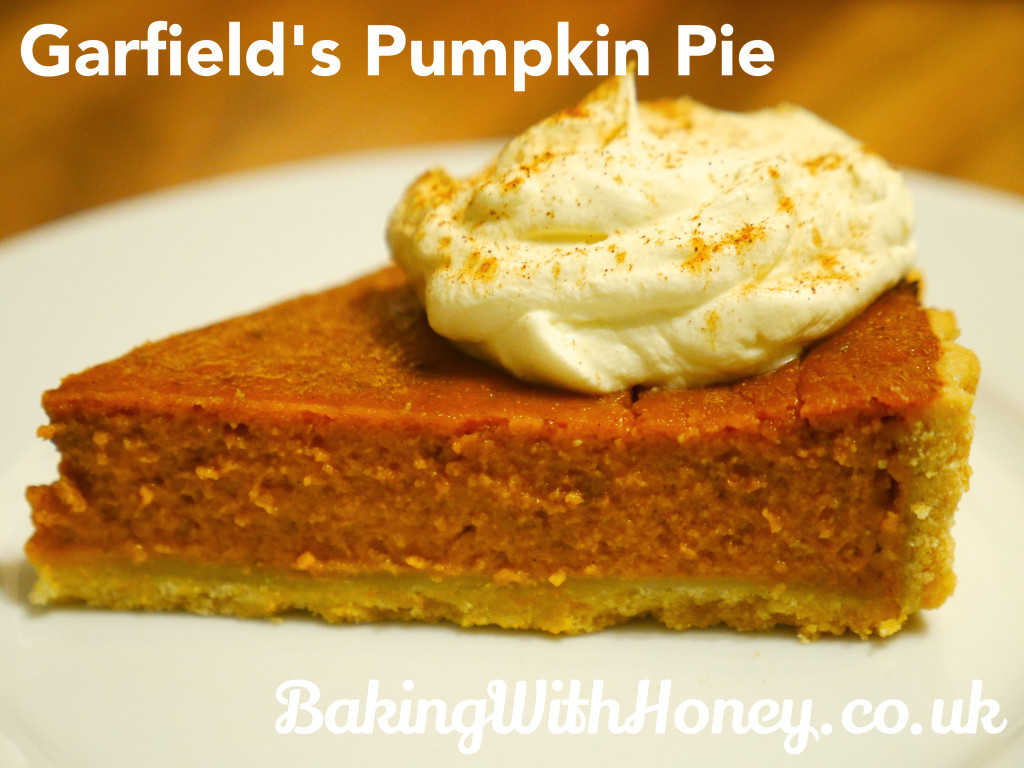 I’m a winter girl at heart – no doubt something to do with both my birthday and Christmas falling in the same month – but I also love autumn. The turning of the leaves, the chilly morning air and the near-permanent whiff of cinnamon wafting from the kitchen, from all those gorgeously autumnal crumbles and pies. I’ll be honest from the off here though – I’m not that keen on pumpkin pie. Truthfully, I can’t really see the point of it, and am left feeling strangely unsatisfied after eating a slice; it’s as though it is missing a chewy and/or crunchy element, and – I speak for my personal taste here – I think it lacks a distinctive flavour. Not that any of this matters, being one of America’s favourite pies. So what do I know?! Smooth and lightly textured, it is saved by its pretty orange hue and combination of spices providing a hint of flavour and a beautifully warming scent that is naturally lacking in pumpkin.

Having ripped it to shreds, I should say that I will – and do – eat a slice or two now and again (let’s face it I rarely turn down pie.) I tend to bake it every autumn for my husband, Garfield, who happens to love American pies of all descriptions, thanks to a misspent youth working on cruise ships in and out of various American ports for many years. So this pie, adapted only very slightly from a vintage recipe, is for him. It is also the easiest pie in the world to make. It should always be eaten chilled, and like most pies, tastes better on the days after you’ve made it. So, make it in advance and serve it piled high with softly whipped cream and a dash of cinnamon.

You will need a 23cm/9″ pie tin, lined with roughly 340g shortcrust pastry. You can use ready-made pastry or you can follow my easy guide to making your own pastry right here. You don’t need to blind-bake the pastry for this recipe! 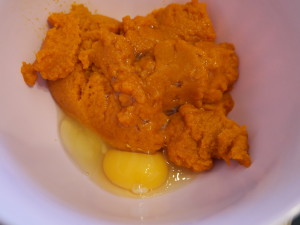 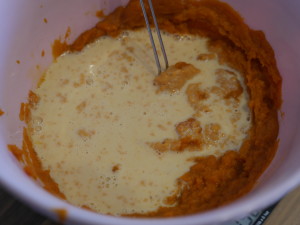 Preheat the oven to 220c/425f/gas mark 7. Roll out the pastry and line your tin, then pop it in the fridge while you get on with the filling. (I have a full guide to pastry here). In a large mixing bowl or jug, lightly beat together the egg and pumpkin puree, then slowly add the evaporated milk until you have a smooth, golden mixture. 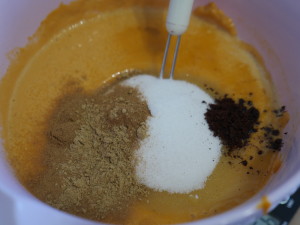 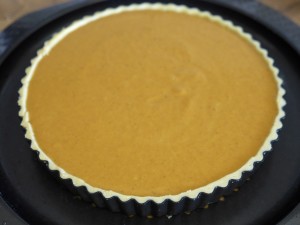 Now simply add the sugar, spices and salt and mix again until thoroughly combined. Pour into the prepared pie tin and place very carefully into the middle of a pre-heated oven. Bake for 15 mins, then reduce the temperature to 180c/350f/gas mark 4 and continue to cook for a further 35-40 minutes.
It’s done when the edges look quite ‘set’ but there’s a faint wobble in the centre. The pie will puff up slightly – don’t be alarmed, it will flatten out, and firm up, as it cools. The top might crack slightly, too – nothing that a heap of cream can’t disguise! Cool the pie (I speed up the process by placing it on ice-blocks covered with a tea towel) then place in the fridge to chill for several hours before removing from the tin and slicing. It really benefits from being made the day before. Serve fridge-cold with cream, or ice cream. It will keep for several days, covered in the fridge. 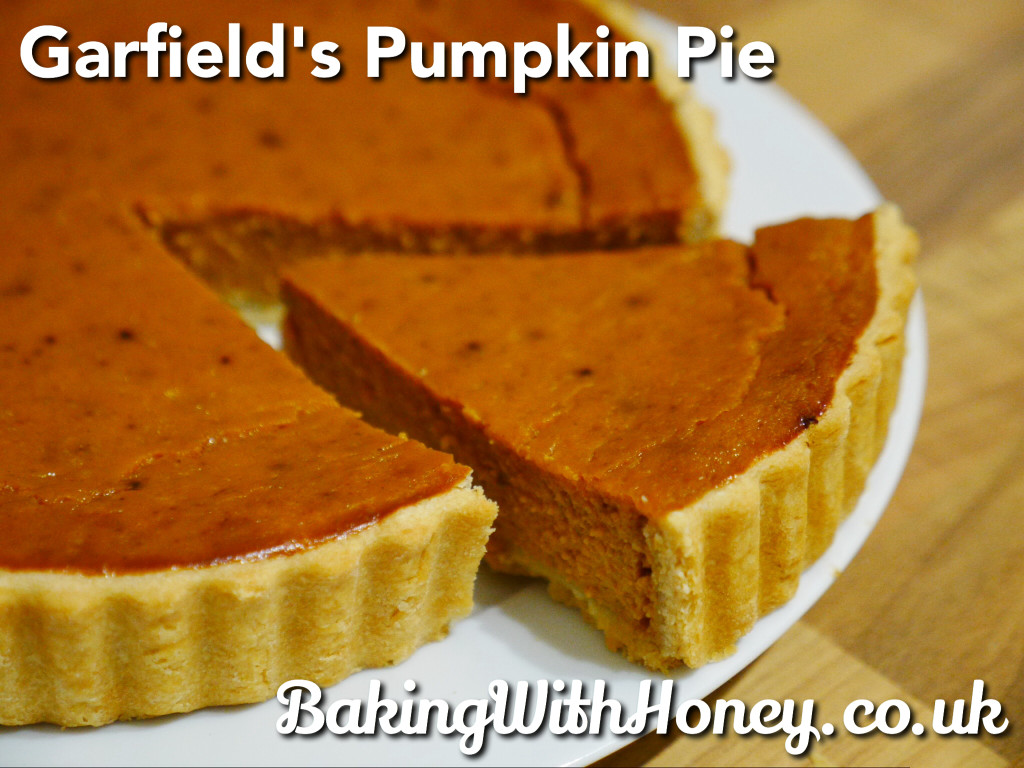