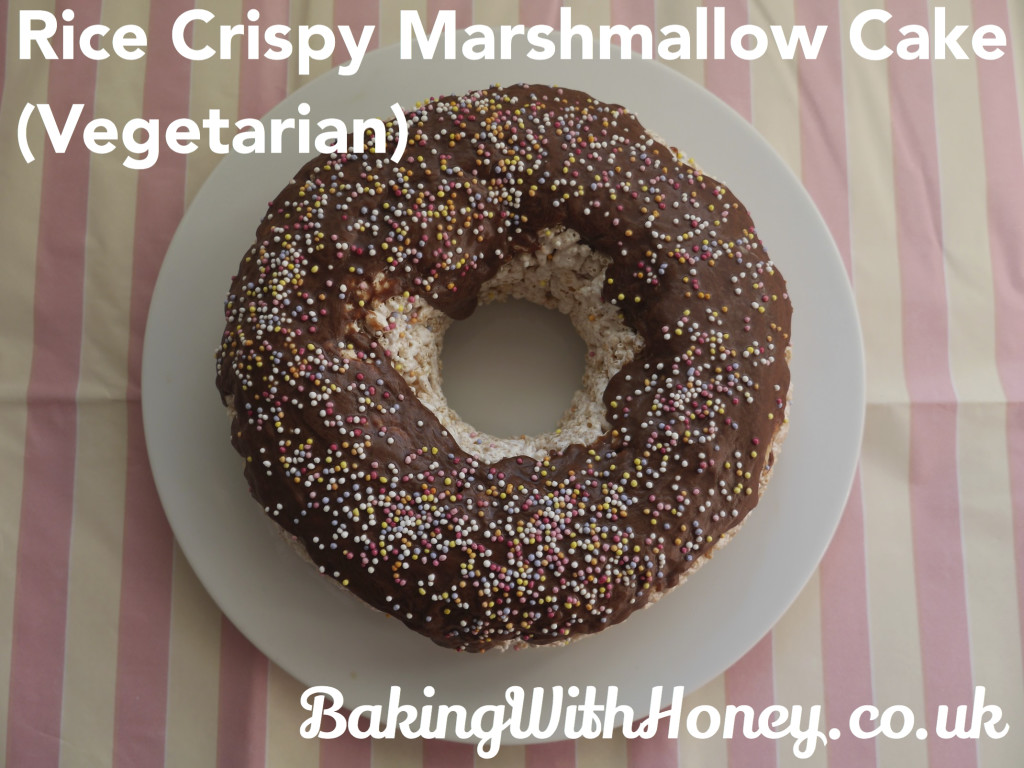 Creating the ridiculously delicious – and, unusually, totally vegetarian – Grasshopper Pie was probably my greatest achievement last summer. Since discovering just how easy it is to replace gelatine-filled marshmallows with vegetarian-friendly Marshmallow Fluff (and a bit of tweaking), I was then keen to replicate those most scrumptiously childish delights – the chewy rice crispy bars. You can do just that, by whipping this up and pouring it into a traybake tin if you like, slicing it up into squares as you please. But why stop there? I had a giant donut silicone mould – as well as a mini donut mould – that was just screaming to be used for this very purpose.
This quantity – based on one jar of Marshmallow Fluff – generously over-stuffs one half of a giant donut ring (a savarin tin is perfect if you’ve got one). You can double the quantity if you like, to fill two halves of the mould, but it’s really not necessary in order to get a great donut effect that absolutely blows the minds of children young and old! Stud it with candles and you’ve got a spectacular last-minute, no bake, faff-free birthday cake. Melted chocolate and sprinkles complete this most excellent playground-esque treat. I recently made dozens of these in mini donut form, for a school bake sale. I don’t mean to brag but they totally outsold the fairy cakes.

You can use any mould or tin you like for this. I used one half of a novelty ‘giant donut’ silicone ring. (An 8″/20cm savarin tin would have the same effect).

To decorate (optional, sort of):
Your choice of chocolate (you’ll need about 150g) and sprinkles 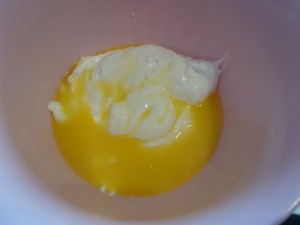 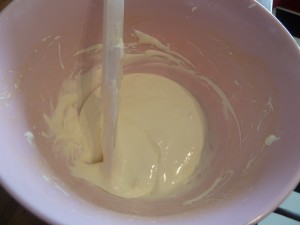 Melt the butter – I pop it in the microwave for about 30 seconds – and pour into a large mixing bowl with the Marshmallow Fluff. Stir gently together until combined, then and the melted white chocolate. Stir again until you have a creamy white mixture. 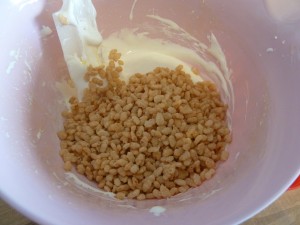 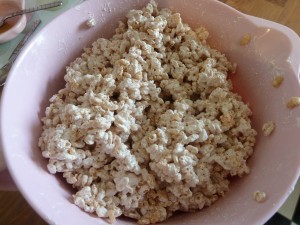 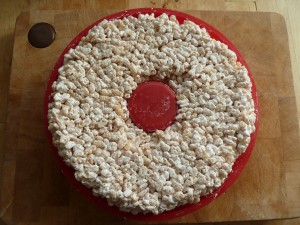 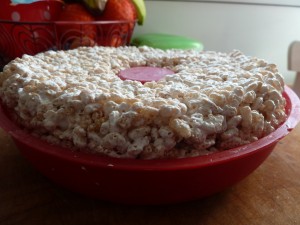 Lightly grease the silicone mould (or a cling film lining would be best for a savarin tin) and pat the mixture firmly into place. If it comes up over the top, it doesn’t matter – it adds to the 3D donut effect!  Just flatten it down so that it will sit evenly on a plate when you turn it out. Now pop it in the fridge for at least an hour before attempting to unmould it. Two hours or more is best, in an airtight container if possible. 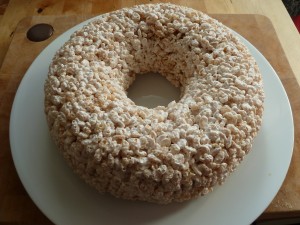 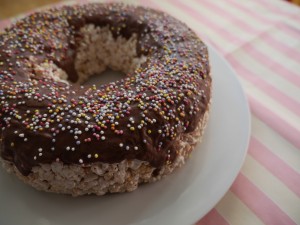 Carefully unmould the donut and place it on a serving plate or cake stand. Melt the chocolate and spread evenly over the top – don’t worry about the occasional drip, it looks totally authentic! Decorate with your chosen sprinkles quite quickly, before the chocolate sets. It is best stored in the fridge (in an airtight container) until ready to serve. Eat within two days, otherwise the rice crispies tend to lose their crunch. 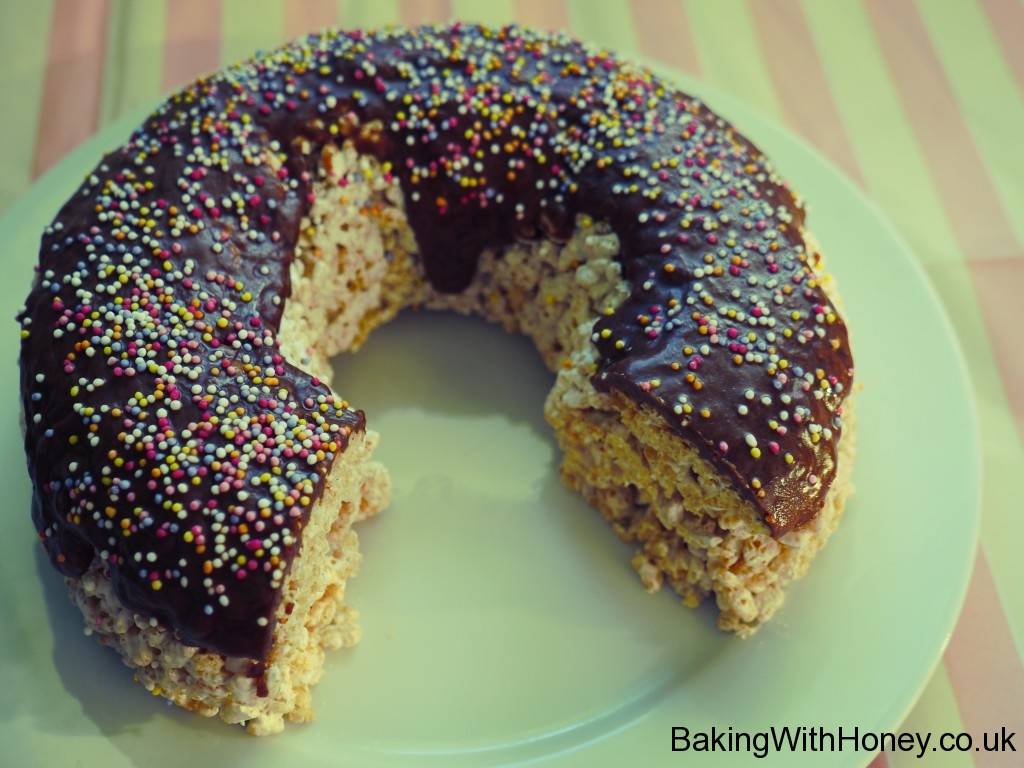