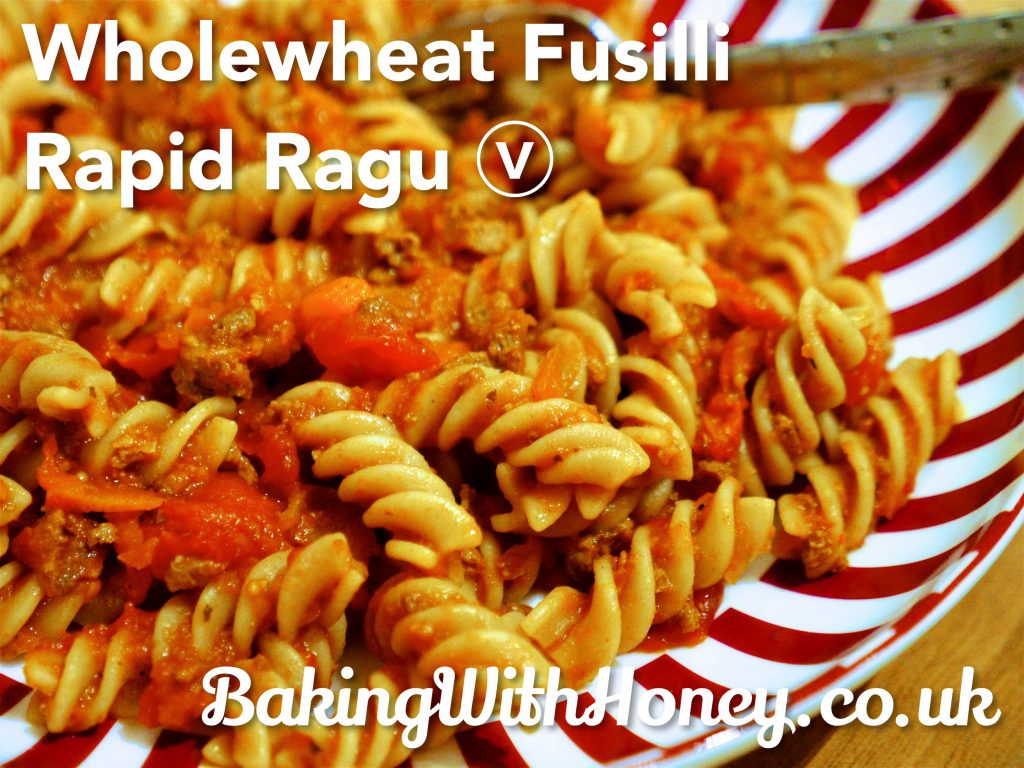 How’s your week going? I have spent most of it dressed in multiple layers of knitwear whilst clutching hot water bottles, slouching around the house like some frost bitten sloth. I don’t tolerate the cold particularly well (my most-used winter phrase is “I’ve got poor circulation like my Grandad”) but it’s sort of ironic that I can’t stand hot weather, either. Temperatures over 24c make me melt into a pool of molten misery. If I can comfortably wear a dress, brogues and shades (basically channelling my inner Famke Janssen) then I’m happy. I’m more or less waiting for one perfect day in June.

I mentioned Veganuary in my last post. Yep, it’s February and I’m still vegan and loving it! Other than myself and my husband though, I don’t personally know anyone else who has taken up the month-long vegan challenge (never mind stuck with it through February) but I have spoken to a lot of people who are looking to introduce more plant-based meals into their diets as a result of the media attention for Veganuary and other veggie campaigns, such as Meat Free Monday. They are enthusiastic but completely bewildered by the prospect of a meat-free dinner. I always tell them to try this totally simple vegan version of a familiar and comforting pasta supper.

This is what you make when you’d really rather open a jar of pasta sauce but don’t have one in the cupboard! It’s universally liked by kids and adults, and a good recipe to tweak and make your own. Use fresh, finely chopped onion and garlic if you prefer, but speed is the point of the recipe. A slosh of red wine? Extra garlic or chilli? Do it! And why not top with a handful of grated cheese if you’re not vegan. (It goes lovely and melty!) I never use spaghetti, but you could totally make spaghetti bolognese with this too. Frozen, pre-seasoned soya mince is my meat-replacement of choice and is a freezer staple in this house. I would never, ever be without it. It’s been my favourite minced meat (ground beef) substitute for as long as I can remember; it’s ridiculously easy to use and I honestly believe it is indistinguishable from the beefy stuff once it is cooked in a tomato sauce, spiced and flavoured to your liking. Tastes amazing in chilli, too! All the supermarkets make their own soya mince: Tesco’s is great, as is Sainsbury’s. Linda McCartney’s VegeMince (which was formerly my beloved ‘RealEat Veggie Mince’) is probably the very best one, but is sadly very tricky to find these days. If you find it, drop me a comment below.

My daughter is a pasta fiend. She can eat it by the truckload, and this is definitely one of her favourite dinners. I make it about once a week, and I pick a day when I don’t even want to think about what I’m cooking. I can make this with my eyes shut – especially since I tend to keep a jar of all the required herbs and spices ready-mixed and good to go. It isn’t gourmet cooking (unless your canned tomatoes are really fancy, ha) and I’ll never confess my shortcuts to my Italian workmates; but it’s fast, tasty and rich in fibre and plant-based protein. You can serve it with salad, crusty bread or just on its own. If I’ve got cherry tomatoes lurking in the fridge (and I often do), I’ll throw those in too. But it’s not really necessary. If you want to, you can also put the sauce in the slow cooker and just cook the pasta when you’re ready to eat. I rarely do this as it only takes about 25 minutes from start to finish, but there are major benefits to cooking tomatoes for lengthy periods of time, such as intensifying the amazing cancer-fighting properties of the nutrient lycopene.

This amount feeds 2 hungry adults and a 6 year old. Just double up as required.

250g dry pasta (we love wholewheat fusilli. It tastes the same as ‘normal’ pasta and cooks just as quick. Honest. It just has loads more fibre and protein).

Other optional tweaks: A squeeze of lemon juice, a teaspoon of balsamic vinegar, a dash or three of red wine. Garnish with gorgeous fresh basil leaves if you’ve got any to hand.

*Notes: When you make this dish as often as I do, it’s handy to keep a jar of this in the cupboard at all times. It just saves faffing about with lots of little jars when all you really want to do it chuck stuff in a pan as quickly as possible and eat. Put all the ingredients in a small jar, give it a shake before use and add about 4 tsp for each tin of tomatoes. I don’t add salt to this mix – I prefer to control the salt content myself each time I make this dish. 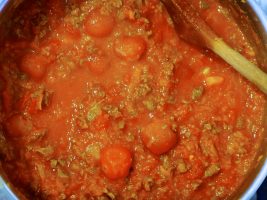 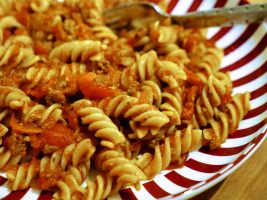 In a large saucepan (you’ll be adding the cooked pasta to it later) warm the olive oil over a medium heat. Add the soya mince and stir for a couple of minutes until the frost has gone, then pour in the stock water. This bit is important as the mince absorbs a lot of liquid and the sauce would dry out without it. Keep stirring for about 5 minutes until the mince has absorbed all of the water, then add everything else (except the pasta!). Bring almost to the boil then reduce the heat and simmer, partially covered, for a minimum of 20 minutes. Stir it every 5 minutes. If it looks like it’s reducing too fast, lower the heat and add an extra slosh of water.

Meanwhile, bring a pan of water to the boil and add the pasta. Give it a quick stir to prevent sticking, then cook for 11 minutes or according to the packet instructions. Drain and add to the sauce. Gently stir everything together, making sure the pasta is nicely coated with the sauce. Serve immediately. We like to sprinkle spoonfuls of my nutty vegan parmesan over ours, and serve with a big green salad and maybe garlic bread (the cheapest supermarket ones tend to be vegan as they use a non-dairy spread instead of butter).