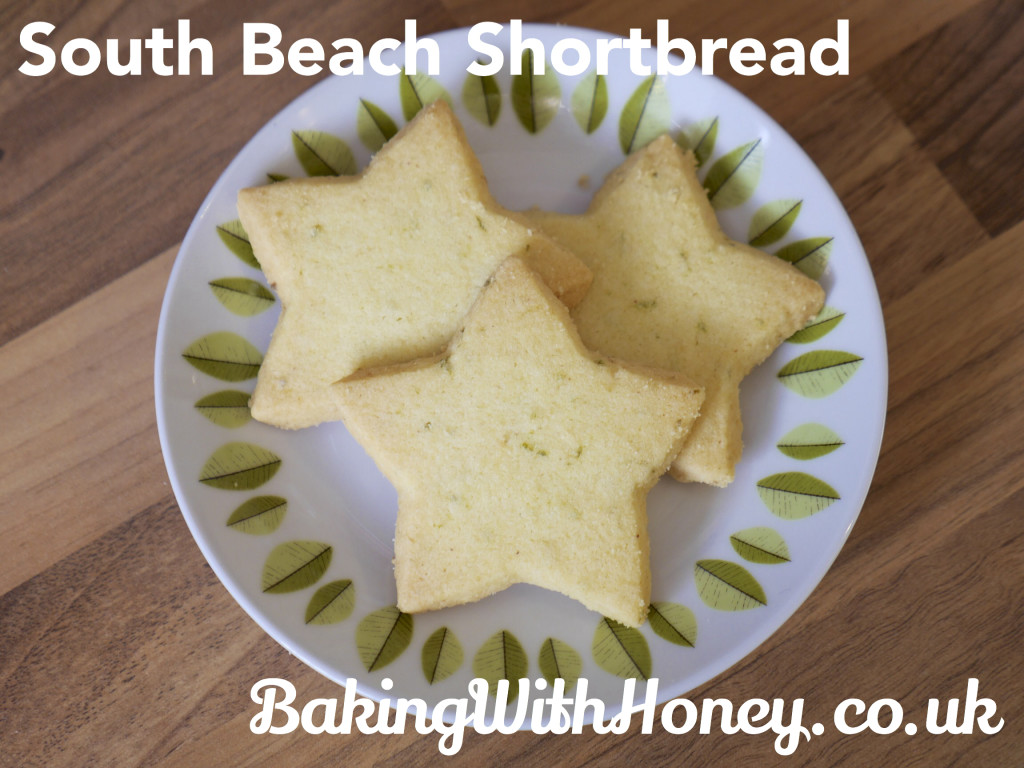 There’s a little story behind these biscuits. When I was an energetic 19-year old, a group of friends and I frequently followed our favourite band around for weeks on end, mostly up and down the UK, from Aberdeen to St Austell and everywhere in between. Occasionally we even went abroad to places like Amsterdam and New York. But the real cherry on the cake was a very last-minute trip to see them perform at a special millennium concert. On a beach. IN MIAMI. South Beach to be exact; the most far-flung and exotic place I’d visited in my life.

South Beach was such a pretty place; all pastel colours and palm trees; kitsch cocktails and art deco styling. We stayed for four nights I believe; in which time we welcomed in the new millennium with our heroes, people-watched on Ocean Drive, hung out with one of the world’s greatest drummers and his lovely wife for an evening – and lots of other unbelievably cool and occasionally off-the-wall stuff. During my stay in South Beach I was too poor to buy food; in fact I don’t quite remember how I was able to get there in the first place. But one thing I do remember eating was a bag of the most delectable key lime shortbread. It was both sweet and tangy – and very addictive. I’d never eaten lime shortbread before and I’ve certainly never seen it for sale since then. So recently I decided to have a go at making it. What follows is a classic shortbread recipe, nothing strenuous – but with a generous addition of lime zest. It might sound odd, but believe me, it really, really works. Now when I eat these, I close my eyes and I am instantly transported back to that sunny, exhilarating period of my life. I am really happy to share this with you today – which, by happy coincidence, happens to be Deborah Harry’s birthday. Thanks for the memories, Blondie.

Makes about 15-20 biscuits, depending what size cutter you are using. Or you can press it into an 8″x8″ tin and cut into fingers.

For individual biscuits you will need one or two baking sheets, lined with baking paper.

Make it vegan! Instead of butter, just use a 50/50 mix of Trex (Crisco in the US) and a vegan spread such as Pure (Earth Balance in the US) Alternatively just use Stork (the block kind) if you’re in the UK 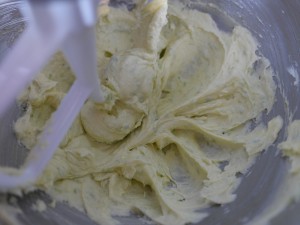 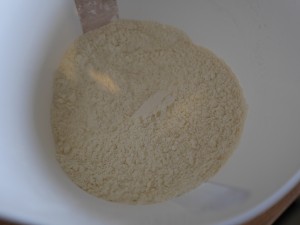 Beat together the butter, sugar and lime zest until very light and fluffy.

In a separate bowl, stir together the flour, semolina and cornflour. Add this gradually to the butter mix. 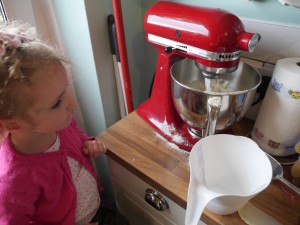 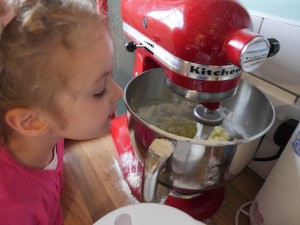 Beat until the dry mix is thoroughly incorporated, but avoid mixing for more than a minute or two. 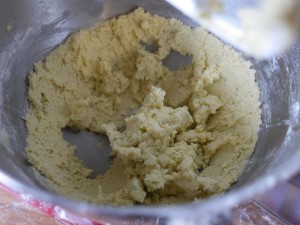 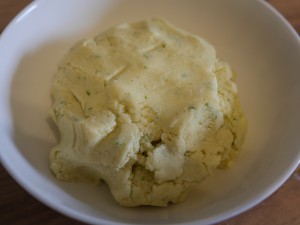 Place the dough into a bowl and cover with cling film. Let it chill in the fridge for a good 30 minutes. When the dough has rested, remove from the fridge and turn out on to a floured surface. 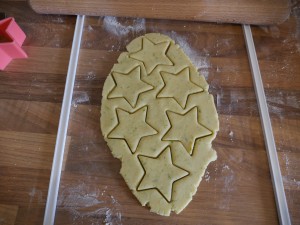 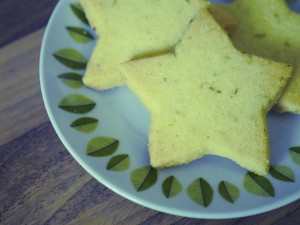 Roll out to a thickness of about 0.5cm. If you have marzipan spacers, use them – it makes the job much easier, and gives a consistent thickness. Obviously if you like a thicker shortbread, then don’t roll it this thinly! Press any scraps together gently and re-roll/cut again. Avoid kneading or handling the dough too much.

Place the shapes carefully on to a prepared baking sheet or tray and prick them with a fork. Put them (on their trays) back in the fridge to rest while you preheat the oven to 170c / 325f / gas mark 3. The chilling process helps to stop the biscuits spreading. If you’ve pressed the mixture into a tin (to make shortbread fingers), use a knife to score the dough into even rectangular fingers – I would score into thirds across then about five downwards – to make about 15 fingers. Remember to puncture each one with a fork a couple of times.

Bake the biscuits for around 15-20 minutes, but please keep an eye on them! If they are very small, check them earlier. You are aiming for a hint of gold around the edges, and remember they will firm up as they cool.

Cool on a wire rack. When they are completely cold, store in an airtight container. They should have a good ‘snap’ for about 4 days.