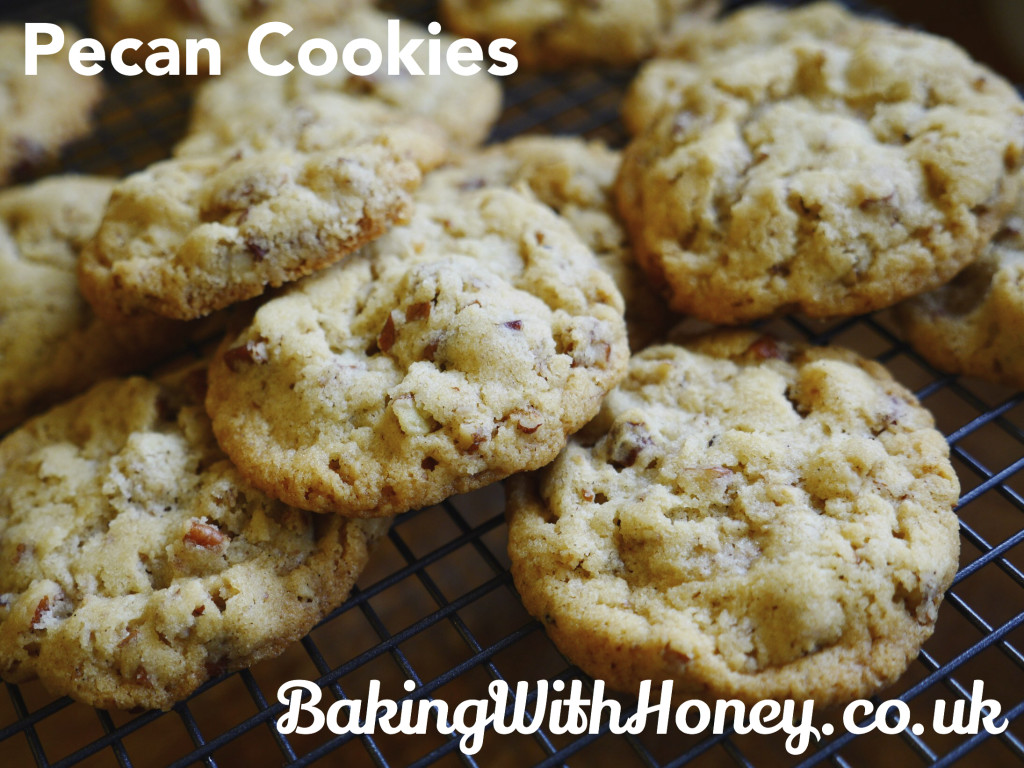 Ah, week four of the summer holidays. Just about half way through for my daughter, who was among the first to finish nursery and will be one of the last to start reception in September. We’ve been doing a lot of baking (surprise!) including things that won’t make it to the blog for a while yet, such as Christmas cakes. Yes, Christmas cakes! When I can find the time to sift through the many photographs taken during the process, I will post the recipe – hopefully in time for Christmas.

In the meantime, here is a very simple cookie recipe. It came about mainly because I had a huge bag of pecans to get through, and my daughter loves pecans. Really though, you could use any nuts you like; just make sure to chop them up very small. I have deliberately made these not-too-sweet, which is not only (marginally) kinder to teeth but also means the sugar doesn’t overwhelm the delicious pecans. This is also an egg-free recipe, again a deliberate decision as children do (understandably!) enjoy nibbling the dough as they roll it. All of these ‘summer holiday’ recipes are written with children in mind, so I’m sticking to very simple methods that they can get stuck into! You could use a mixer if you really wanted to – cream together the sugar, butter and vanilla first, then gradually add the dry ingredients and lastly the pecans – but I think most children would enjoy using their hands.

Make it vegan! Instead of butter, just use a 50/50 mix of Trex (Crisco in the US) and a vegan spread such as Pure (Earth Balance in the US). 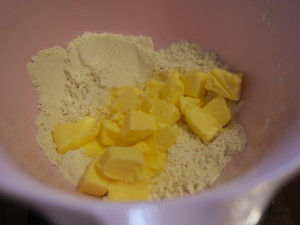 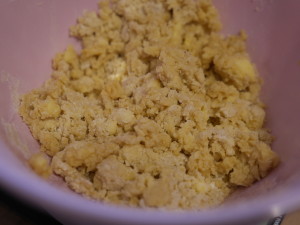 Measure the flour, baking powder and mixed spice into a bowl and give it a stir. Then drop in the softened butter, about a heaped teaspoon at a time. Lightly rub the butter into the dry mixture using your fingertips. You’ll end up with a rubbly-looking mixture. Don’t worry about the odd clump of butter! 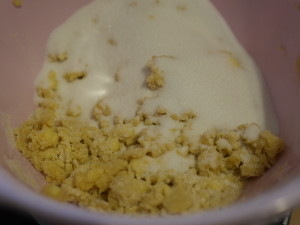 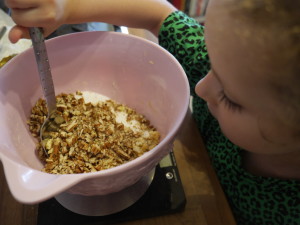 Sprinkle in the vanilla then the sugar. Use a fork or something similar to combine, then stir in the finely chopped pecans. 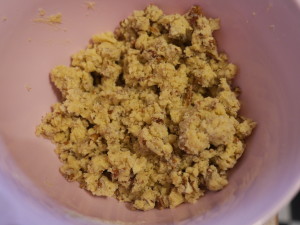 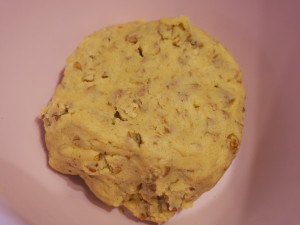 You’ll end up with a rough, lumpy looking dough. Use your hands to bring it together and knead lightly if necessary, just for a few seconds. Form a fat, flat disc. Wrap in cling film and chill for about half an hour. 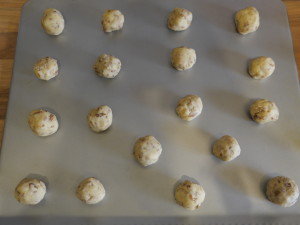 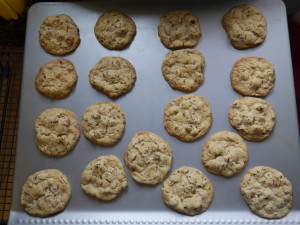 Preheat the oven to 180c/350f/gas mark 4. Roll out little balls about the size of walnuts. I made about 18 (but my daughter quietly nibbled the equivalent of a cookie or two, so I could possibly have made more). Place them  a couple of inches apart on a baking sheet. Don’t flatten them –  they will spread naturally in the oven. Bake in the centre of the oven for 15 minutes, or until the edges look golden. Cool completely on a rack (it doesn’t take long) and store in an airtight tub. 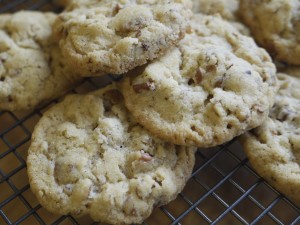 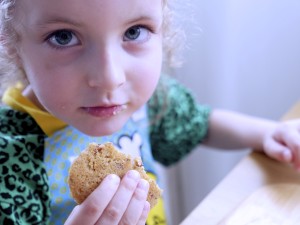