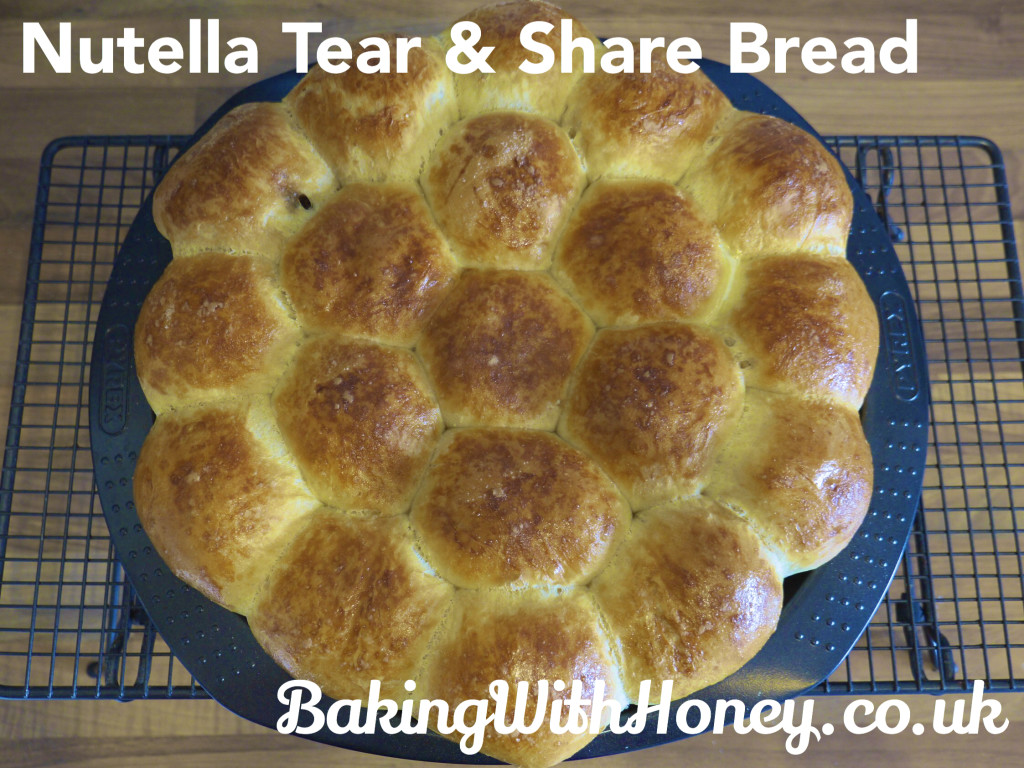 I’d never even heard of a ‘tear and share’ bread until I saw a cheese and onion example made on an episode of the Great British Bake Off – now they are everywhere! It’s essentially a load of small buns, flavoured or otherwise, baked so that they join together – honeycomb style – and can be torn apart when cold. It’s a neat, fun centrepiece; ideal for large family gatherings, picnics and the like. This is my party version, made with a sweet bread dough (called an ‘enriched’ dough, due to the addition of eggs, butter and sugar) and featuring an encapsulated filling of Nutella – one of my (many) very favourite guilty pleasures. Although frankly this is a blueprint – you could use anything you like for your filling. A dollop of jam or lemon curd is delicious. The addition of a teaspoon of mixed spice to the flour with a couple of teaspoons of chopped fudge and raisins in the centre is very good, as is a dollop of sugary butter beaten with ground cardamom and cinnamon, the way they do in Norway. Or, you know, just a few soft chocolate caramels in the centre. Well, why not?

The finished bread is an impressive looking centrepiece; it isn’t hard to assemble, however the difficult part is perhaps working the initial dough – an enriched dough tends to be a bit on the sticky side, so I really do recommend using a stand mixer with a dough hook attachment.

This recipe makes 19 pieces, or little ‘buns’. (This is the amount of buns needed to make a neat pattern). You will need a large baking sheet or similar – I use a pizza tray as it is the perfect size and shape for a tear and share bread!

For the glaze: 1 egg, beaten, plus a little extra caster sugar for sprinkling

To make the dough: 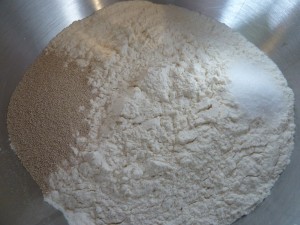 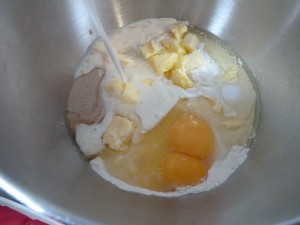 Measure the milk into a jug and pop it in the microwave on high for 60 seconds. Set aside.

Measure the flour into a large mixing bowl (preferably one that’s going to sit under your stand mixer for the next ten minutes!). Add the yeast to one side of the bowl, the salt to the other. This is because salt tends to kill the yeast before it’s had a chance to work its magic.

Add the butter, sugar, eggs and about half the milk – and start mixing. 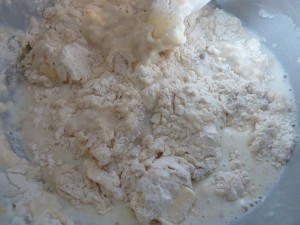 I like to bring the mixture together initially using a spatula; once it starts to bind, get the dough hook on it. With the motor running slowly, add the rest of the milk gradually. Remember this is quite a sticky dough so don’t be too surprised if it looks a little too wet to begin with. I let the mixer knead it for a good ten minutes. It’s very hard to overwork bread dough – but it’s all too easy to underwork it. So let the mixer crack on with it. 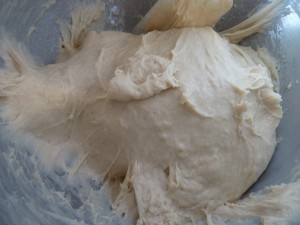 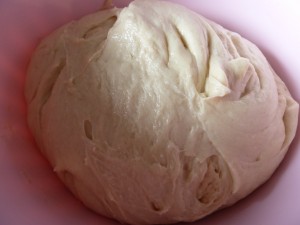 After ten minutes check the dough. You should be able to run a finger over it and feel a certain silkiness, although it will still feel soft. If necessary, add a few extra teaspoons of flour. Tip it into a large oiled bowl. You might need to use a spatula to scrape the dough out, but you should just be able to handle it. Roll it around the oiled bowl so that it is well coated, then cover the bowl with a tea cloth or a shower cap (!) and let it prove for 1-2 hours, or until doubled in size. Don’t even think about putting it in an airing cupboard, it’s just not necessary. Most houses are warm enough – anything around 18-22c is absolutely fine, so unless you live in a draughty Siberian tree house then don’t worry. 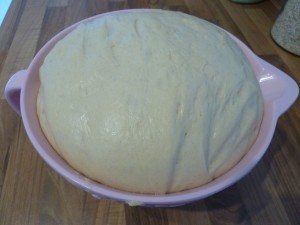 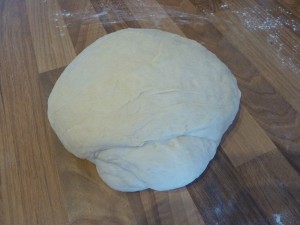 Once it has doubled in size, empty it out on to a floured surface and lightly knead the air out of it for a minute or two. Now you need to divide it into 19 equal pieces. The best way to do this is to use a digital scale. Each piece should weigh about 40g – once you’ve got an idea of what one piece looks like, it is quite easy to get the rest of them done. Use a dough cutter or a knife to cut through the dough – please avoid ripping the dough apart, as this affects the crumb structure of the finished bread. 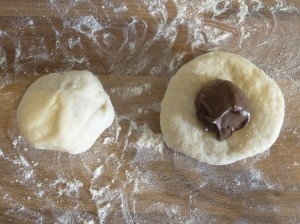 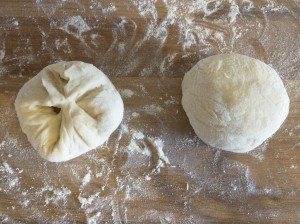 Place a dollop of filling into the centre of each disc, and gather the edges up into the centre – like the baby in the blanket carried by the stork – and pinch the edges together to seal. Place in the centre of the prepared baking tray, seam-side down. To make the pattern, arrange six balls around the central ball, then the remaining balls around the edges. Leave about a 1cm gap between each ball. They will start to expand before you’ve finished arranging them but don’t worry unduly about this. 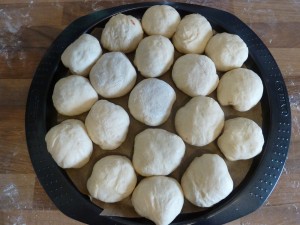 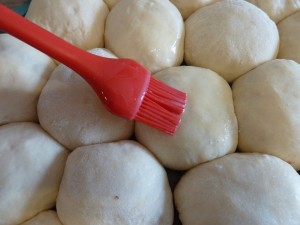 Cover with a clean tea towel, or a piece of oiled cling film, and leave to rise for about an hour. When they are almost ready, preheat the oven to 190c/375f/gas mark 5.

When they are ready to go in the oven, brush the buns with a beaten egg and lightly sprinkle a little caster sugar all over.

Place in the centre of the oven for 25 minutes until beautifully golden. Cool on a wire rack and enjoy! 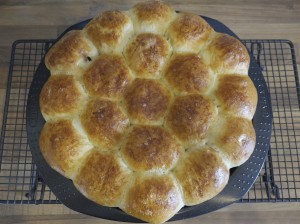 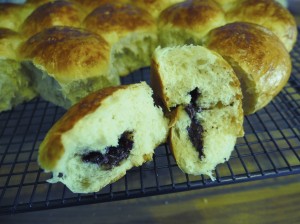