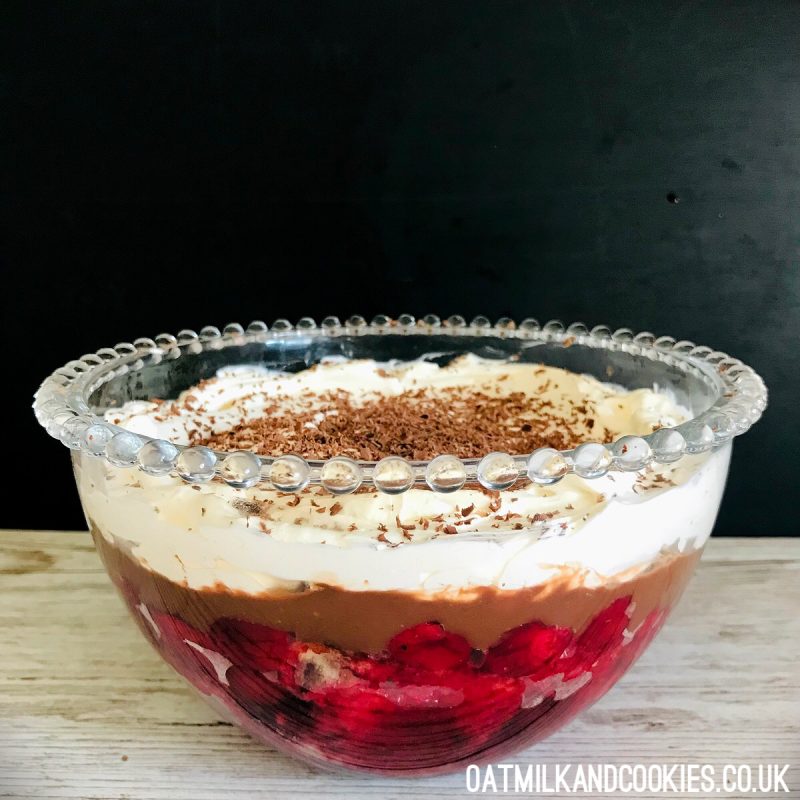 It’s about time I posted a recipe for trifle. The UK’s scorching heatwave has eased now, but it’s still summer and nothing beats a chilled dessert. If you’re bored of Calipos and can muster a little strength in the kitchen, I promise this trifle will be worth the effort! The steps aren’t difficult but you do need to allow time for the compote and custard to cool, and then wait a bit for the trifle to set nice and cold in the fridge.

So, let’s get down to business. First we need to consider the base. I’m almost certain supermarket vegan sponge fingers aren’t a thing yet; if they are and you see them in the supermarket, by all means use those (and let me know in the comments below). Personally, I like a spongey base for a trifle. I’ve been making my Vegan Jammy Ripple Loaf Cake quite a lot recently and froze one of the cakes in slices. I found about half of one loaf cake provided around 350g which is the perfect amount for this trifle. Of course you can use any vegan sponge as the base – either shop-bought or make your own. Slice it up into fingers or squares and you’re good to go.

I don’t particularly like jelly in trifle, although vegan jelly is easily found if that’s your thing. Here I have put together a very simple sort of cherry compote using a bag of frozen cherries. There’s no way I would consider standing around pitting several punnets of cherries in this weather – or any weather, actually – so I highly recommend seeking out a bag of frozen cherries. I can get a 500g bag for under £2 in Lidl.

I know you can buy ready-made vegan custard but it’s so much cheaper to make your own. I use Bird’s custard powder for all my custard needs – from regular pouring custard to creme patisserie. It’s well worth having in the cupboard. It’s nice and does the job. A little cocoa powder, vegan cream and chopped dark chocolate transforms it into a very good chocolate custard. If you can’t get hold of Bird’s then just use cornflour, although you’ll also need to add a teaspoon of good vanilla paste or extract for flavour. Normally I’d suggest adding a pinch of turmeric for colour, too – but as this is a chocolate custard there is no need.

This couldn’t be simpler. Here in the UK we have Elmlea Plant-Based Double Cream which whips absolutely brilliantly. You’ll need a single 270g carton for this recipe. Some will be used in the custard and the rest for the topping. Elmlea Plant-Based is available in most supermarkets and has a very neutral taste that I really like. If you can’t get hold of this, I would suggest seeking out an equivalent vegan whipping cream, or you can do what we used to do – whip the fatty content of a chilled can of coconut milk with a few tablespoons of icing sugar and use that instead. The trifle is minimally decorated with a grated square of dark chocolate.

Comfortably serves 6.  Double up if you have a really large trifle dish (or need to feed more people!)

For The Base & Fruit:

For The Chocolate Custard:

20g Bird’s Custard Powder (got none? Use cornflour, see intro)

A square or two of dark chocolate for grating 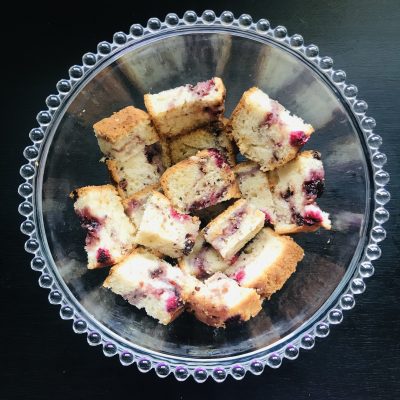 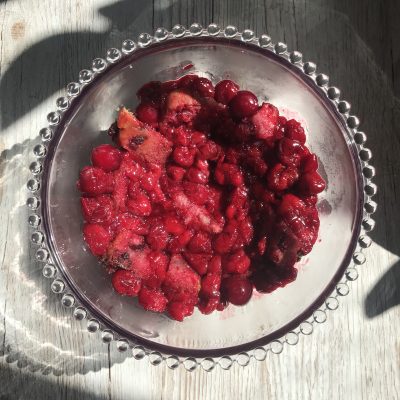