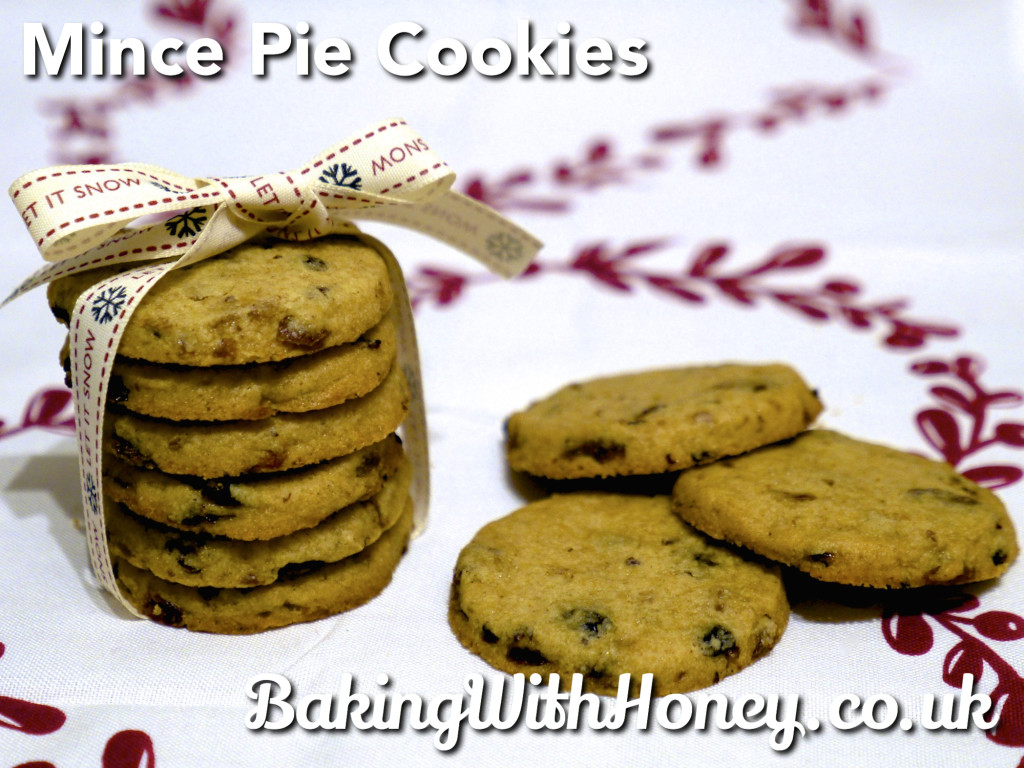 December is suddenly here! I must admit I love this festive and kitsch time of year. My birthday also falls in this month, and I really enjoy making our home look like a sparkling Scandinavian grotto for a few weeks. Not forgetting all the magical festive bakes, all done with a totally acceptable glass of Swedish glögg in hand. Mini mince pies are a Christmas staple here, made almost continuously throughout the month; but I really wanted to find a way of doing something a bit different with a jar of mincemeat – something for the mince pie haters, if you like. I had a vintage recipe for ‘mincemeat biscuits’, which unfortunately produced rather springy, cake-like biscuits and not really what I had in mind. After playing with the basic idea for a while, I came up with these cookies. Chewy, dunkable and full of Christmassy flavour, I think these fit the bill. Incidentally, they are also egg-free and can easily be made with a block of Stork instead of butter for a vegan bake. (Obviously check the mincemeat label first). Truth be told, I first experimented with these last December – and after spending all year practically chewing my hand off to avoid posting the recipe until now, I’m so happy to be making them again. Now where’s my reindeer jumper…

*Make it Vegan! Simply use block Stork instead of butter. Be sure to check the mincemeat label ingredients, too. 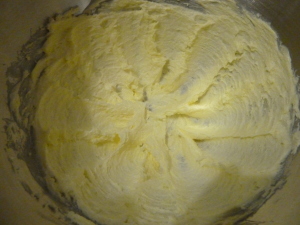 Cream the butter and sugar together until pale and fluffy. I use a mixer with a paddle attachment; a bowl, wooden spoon and a bit of strength would do. Meanwhile, combine the flour, semolina and salt. Add to the creamed butter mixture slowly, allowing the mixture to come together on a low speed. 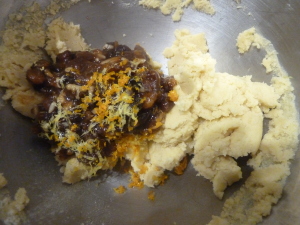 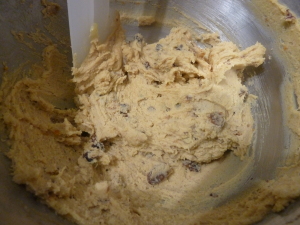 When you have a dough-like mixture, add the zest and mincemeat. Beat again until everything is well mixed and evenly dispersed, but don’t overdo it. 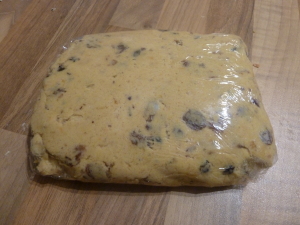 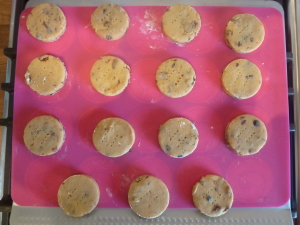 Split the dough into two flat discs and wrap in cling film. Allow to firm up in the fridge for at least an hour before attempting to use. When it’s ready, preheat the oven to 190c/375f/gas mark 5. Roll out to about a 1cm thickness on a floured surface and use a 2″ round cutter to cut your biscuits. You should get around 30 biscuits in total. 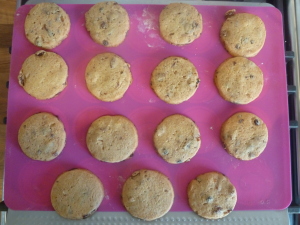 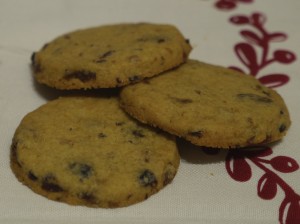 As you can see, these cookies do not spread too much in the oven – just allow a couple of centimetres around each one. Bake for 15 minutes, or until a lovely golden colour. Allow to cool on the tray for 20 minutes or so before removing on to a wire rack to cool completely, firming up as they do so. Store in an airtight tin.